Its been a long time since my last update.  Both a lot has happened and nothing has happened.  Depends on perspective I guess.  I had been worried (among countless other things) April/May about how my 1 year performance review would go–if I would get the raise and the bonus I was counting on.  Turns out I got both!  Overall, work is going well. I’m doing staff training, marketing, a community photography project, and planning a summer camp.  A couple weeks ago, for planning for the summer camp, one of the staff and I had to cross the Mekong to go to a weaving village.  It was a beautiful trip and a nice change from being in the office. 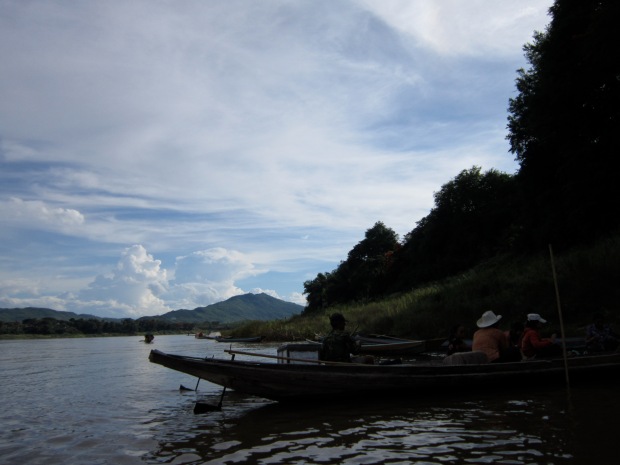 Before crossing the Mekong. 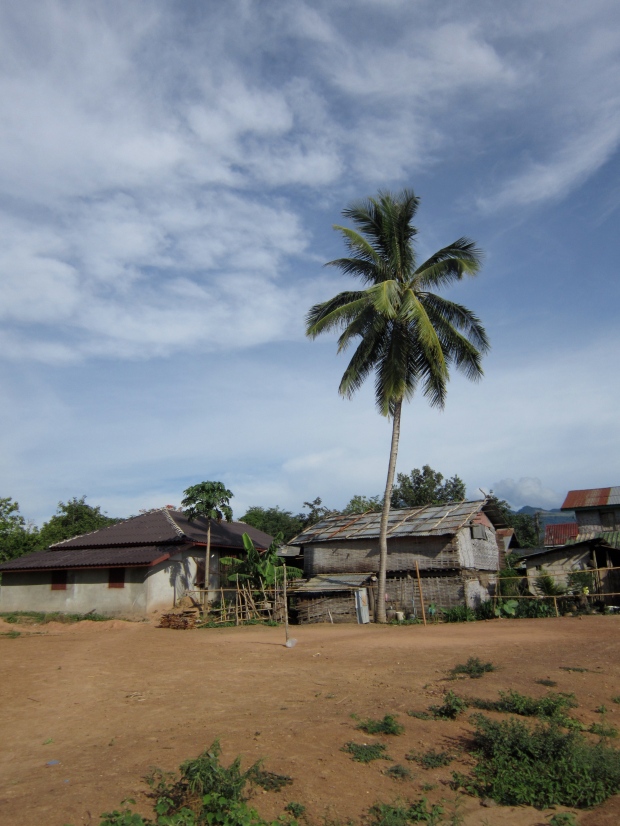 On the way to watch the potters. 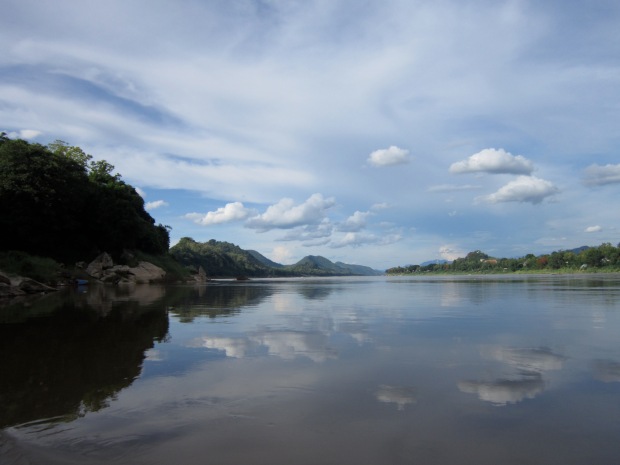 In the longboat on the way back.

For April and May I was house-sitting for a friend and I needed to find somewhere to go on June 1 because I did NOT want to return to my old place.  My friend Khanh and I went house hunting and found a really nice place! 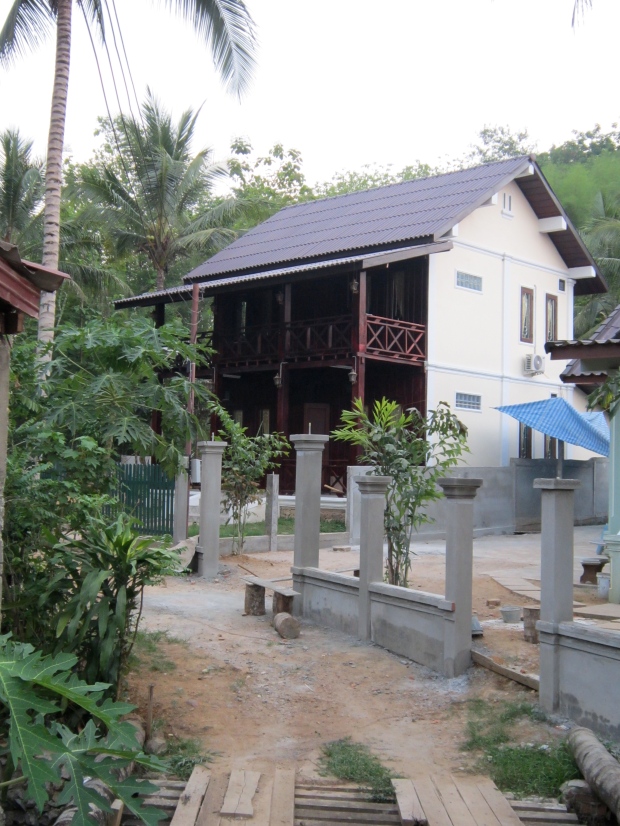 I got to move into this brand new, high ceilinged, 3 bed 4 bath house.  I save $50 a month on rent. I also got  to move in with my closest friend here and a third roommate is on the way.  Khanh’s friend is in town and the three of us have been hanging out a lot. Last night we had our Housewarming Party (so fun) and this afternoon we went to get massages to recover from a full day of cooking, carrying heavy bags of groceries, and cleaning.

Oh, and did I mention that the internet actually works in my new place and there are no giant gross geckos or giant spiders in my bathroom here.  But, the house is in in the middle of a bamboo forest and there are A LOT of ants.  My borderline irrational fear of insects has turned me into a neat freak as far as the common spaces are concerned. Never a dish left in the sink or a crumb on either the floor or countertop. I live a little further away from work, so I’ve bought a bike to get around (8 minutes from work by bike) and eat at home now that there is a legit kitchen. My roommate and I watch a lot of movies together and I’m planning to buy a cheap projector on E-bay to set up a small theater on the second floor.  We have the perfect wall for it 🙂

In my previous post about fear, I mentioned being so scared to write about something that I wrote nothing at all.  Well, I finally finished my guest post on diversity for my mentor’s blog. She said it was great and my first reaction was to assume she was a poor judge of writing or was just being nice.  The other day, though, I saw that some comments had been left and the first comment described my post as “tremendous” and “trailblazing.” I guess maybe it wasn’t too bad after all. If you get a chance to read it, I’d love some  thorough feedback (i.e. not “I liked it, it was interesting). I’m due for a second post soon, too, so stay tuned for that.

I’m on Twitter more actively now (@aj_waso).  I’ve begun taking steps down the road What Comes Next and I’m hoping Twitter can help with networking. More thoughts on what comes next in another post. I’d like to have one positive update before addressing the ever dreaded question: How are you doing?  So for now, this is about happenings. Doings and beings will come later.