I thought I’d experiment with a new series on my blog where I tell the stories behind some of my favorite things. Today I bring you the backstory to my favorite band.

It started with a guitar. The summer between finishing college and moving to China I started to learn. I had studied music education as an undergrad and had had to learn many instruments, including all the four-stringed instruments in the orchestra, so I ambitiously gave myself a weekend to learn telling myself, “If I, a classically trained musician and string player, cannot learn to play a simple worship song on the guitar over the weekend and lead someone in singing it next week, the last four years were spent in vain.”

I went into work on Monday feeling like I had gotten my money’s worth after all. 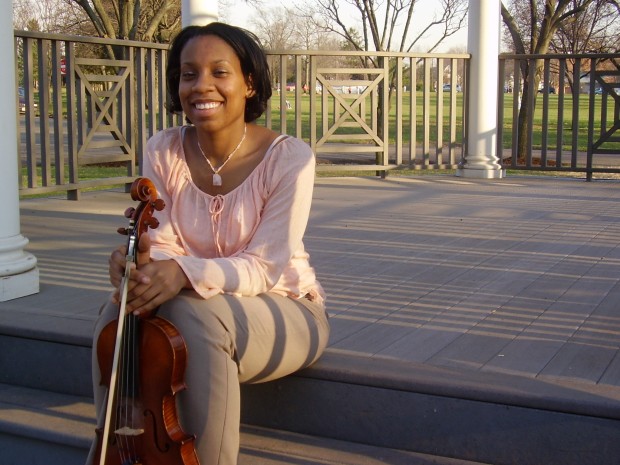 At Rutgers with my viola

When it came time to head east at the end of the summer, since I was traveling already with one instrument, my viola, I decided to leave my guitar at home but was gifted the money to buy another one for my birthday just a couple months later.

My guitar in my 18th floor apartment in Shanghai

Fast forward to my second year in China—I’m living in the Gobi Desert, still have my guitar, and have made friends with a Japanese classmate, Hisako. This is one of the most fun, most meaningful friendships I’ve had. At the time, she spoke no English (I believe she still doesn’t) and I no Japanese (I have since taken two years in graduate school). We only used Chinese to communicate with each other.

Hisako and I at a school ceremony

Because Hisako also played guitar, when mine broke one day I saught her help. While she worked on it at her place she had some music playing and I told her I liked it. I asked her if she could make me a compilation CD of all her favorite Japanese music and she ended up making three! I remember having a sound picnic where I took a blanket and my walkman out and sat on the grass with my headphones in just feasting on music. I dug the bands she’d introduced me to: Mr. Children, SMAP, Remioromen, Rip Slyme, and Spitz. After she fixed my guitar that day she started to strum part of a song on it. This would become a song we performed together often.

The song was Robinson by Spitz. She transliterated the lyrics so I could read them and I sang along with her. I took the chord sheet back to my house and learned both it, as well as the words, by heart. We’d practice together, she’d harmonize with me—I had a jam buddy (watch us jam below)! Music was our other common language. She eventually taught me more songs.  I never had any idea what I was singing about; I had just memorized a string of syllables with their corresponding pitch and duration.

My third year in China in Qingdao I was sitting in an internet cafe checking my email one day and music streamed on the computer automatically. I was mesmerized. Under Graph’s また帰るから mata kaeru kara was playing and I put it on repeat. When I went home, I downloaded it and listened to it on repeat for another week. That was when I began to branch out on my own.

By the time I went to Japan with Hisako that summer to visit her hometown (and extend my Chinese visa by 8 days so I could attend the Opening Ceremony of the 2008 Beijing Olympics), I had a list of albums I had discovered on my own that I wanted to buy. I also ended up impulse buying one surprise CD by Japanese ska band GOLLBETTY.

SN: It was a great trip! We journeyed a couple days by boat from Qingdao, China to Shimonoseki, Japan. We then traveled by train to Hiroshima, Hisako’s hometown, and visited nearby sites, having a blast speaking Chinese with each other the whole time. This is where I fell in love with Okonomiyaki (pictured below). Hisako is also the friend I credit with introducing me to the practice I have upheld of eating the shells and tails of shrimp. 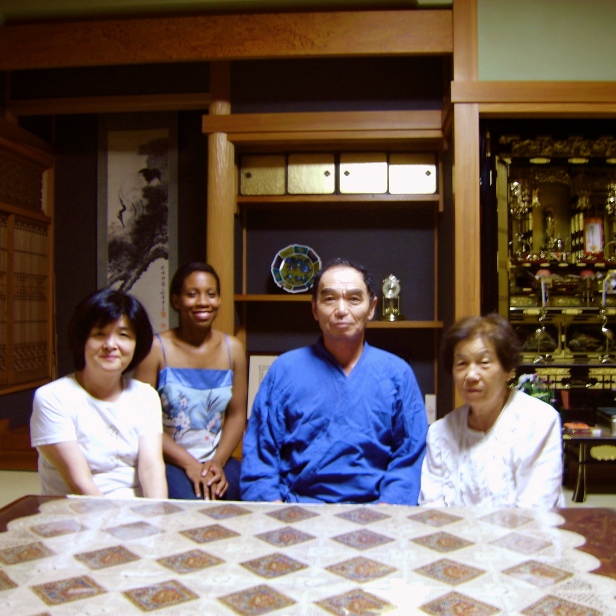 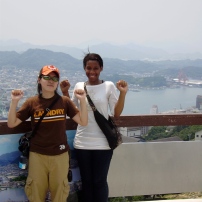 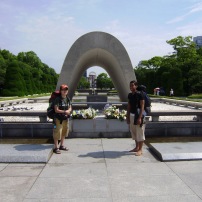 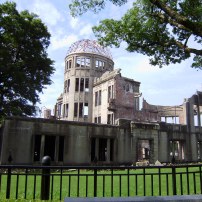 After that trip to Japan, I became a bit of an addict. I got a Japanese email address so I could shop in the Japan iTunes store. I found workarounds to getting music not available in the US: whenever a friend traveled to Japan I’d ask them to bring me back Japanese iTunes gift cards and I eventually found a Japanese iTunes gift card dealer online that I could buy directly from. Before I knew it, I had over 1.5 gigs–more than 17 hours–of Japanese music in my iTunes library. In addition to Hisako’s suggestions, I’d fallen in love with Under Graph, Chara (the Macy Gray of Japanese music), Tsubaki, and HY. But a four-piece trans-genre group, Radwimps, won my heart and became my favorite band of all time and place.  Here’re my top five fave Radwimps songs:

Order Made (super interesting backstory to the video and lyrics)

Gimigimikku (not the real video)

And for fun, their latest, which I just discovered this morning.

Do you have a story about discovering your favorite band?